Home of RF and Wireless Vendors and Resources

One Stop For Your RF and Wireless Need

WAP is the short form of Wireless Application Protocol. It is developed by WAP forum which was established by companies which include Erisson, Motorola and Nokia. It is the open standard developed to provide wireless phones, pagers, tablets and other mobile devices access for information services. The services include telephony, internet and web applications. 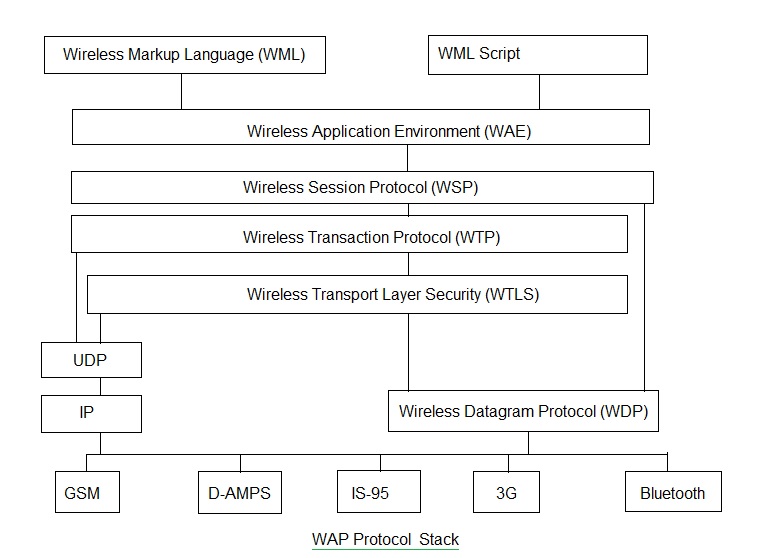 WAP is designed to interoperate and work with all the wireless technologies such as GSM, CDMA etc. It is developed based on existing internet standards viz. IP, XML, HTTP, HTML etc.

Figure-2 mentions three basic elements of WAP programming model. It includes client, gateway and original server. HTTP is used to transfer the connects between server and gateway. Gateway acts as proxy server for the wireless part. It acts as protocol converter between WAP contents and WWW contents. It houses both WAP and WWW protocol stacks to do this. It also provides DNS services. 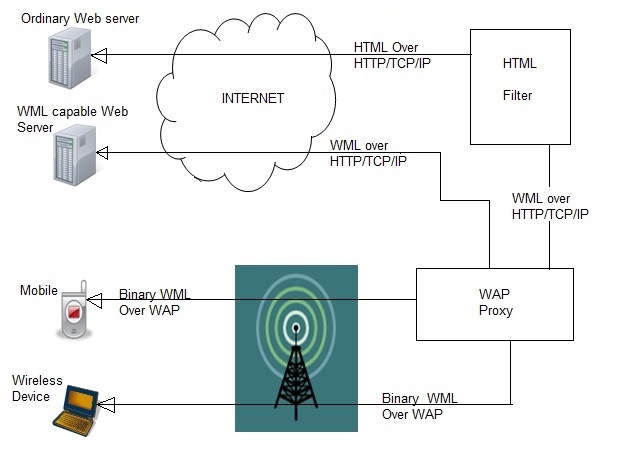 If the mobile device is directly connected with WML compliant server than the WML contents are carried using HTTP/TCP-Ip protocols first to the WAP proxy.
The WAP proxy converts the same into binary WML formats which is delivered to the wireless devices using wireless networks such as 2G, 3G etc.

WML language is developed to describe content as well as format for presenting data on devices with limited screen size, bandwidth and user input capabilities.